Your e-mail request has been sent!
Our storefront is now open! | In-Store Rentals and Curbside pickup are available. 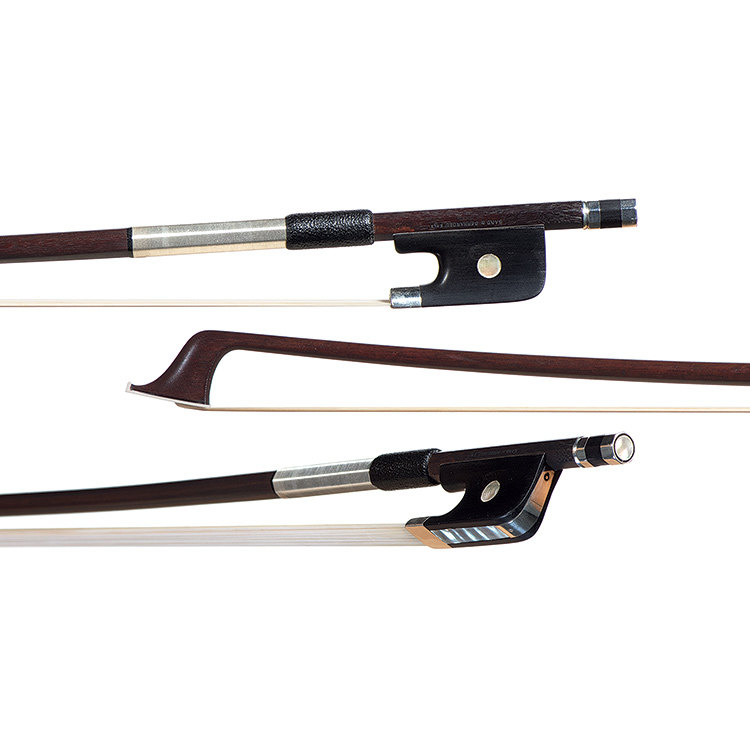 A French cello bow made, in our opinion, by François Nicolas Voirin in Paris circa 1875. The round stick is branded GAND & BERNARDEL FRES and mounted in the original ebony and silver fittings.

Regarded as one of the most important bow makers in the history of bow making, French archetier François Nicolas Voirin (1833-1885) began an apprenticeship at the age of twelve with Jean Simon in Mirecourt, then moved to Paris in 1855 to join the famous workshop of his cousin, Jean Baptiste Vuillaume. Voirin worked alongside Pierre Simon (1808-1881), another gifted bow maker from Mirecourt who had studied with Dominique Peccatte, copying Simon's head styles and Vuillaume's frog designs, including the experimental "Alard" style frog and "picture" bows.

In 1870, Voirin established his own workshop in Paris, where he developed his personal bow models. Although known as "the modern Tourte" during his lifetime, Voirin's bows differed significantly from those of François Tourte, departing from "hatchet head" designs of Tourte, Peccatte, and Simon, experimenting instead with lighter models. Voirin's bows were built with narrower heads, cambers oriented nearer to the tip, slimmer sticks, and were highly admired for their elegance and agile playability. His style was highly influential on the work of Voirin's students, including Charles Peccatte, Joseph Alfred Lamy (Lamy père), Louis and Claude Thomassin, and Charles Nicolas Bazin II. Voirin's brother, Joseph Voirin (1837-1895), was also a respected bow maker who joined his business in 1875.

Sold with a certificate of authenticity from Salchow and Sons.

Round. Ebony and silver fittings. 4/4
In Stock