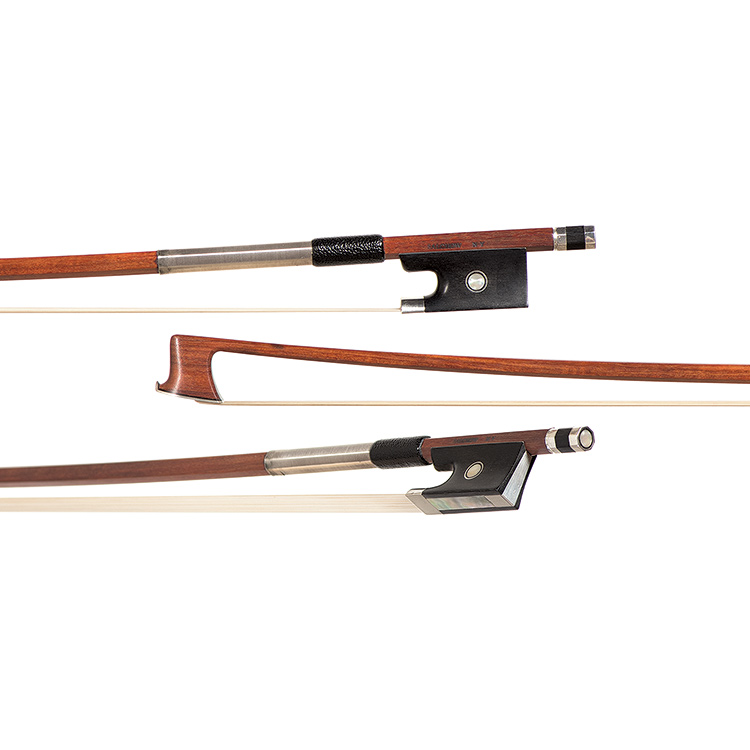 An American viola bow made, in our opinion, by William Salchow. The octagonal stick bears the maker's brand stamp and exhibits the characteristic Z-shaped head model. It is mounted with the original ebony and silver fittings.

Renowned American bow maker William Salchow (1926-2014) was born in Detroit, Michigan, where he began studying piano and cello. After serving in World War II, Salchow returned to the United States to study at the Juilliard School in New York City with cellists Leonard Rose and Bernard Greenhouse. In 1955, after visiting the famous Rembert Wurlitzer violin shop near Carnegie Hall, Salchow became interested in bow making, and began an apprenticeship under bow maker Frank Passa and violin restorer Simone Sacconi, alongside many of the world's future top experts, including Jacques Français and René Morel. In 1956, Salchow travelled to Mirecourt, France on a Fulbright scholarship to work with Georges Barjonnet-a protegé of Eugène Cuniot-Hury and Émile Ouchard. Returning to New York City, Salchow established his own workshop in 1960, where his son Stephen Salchow (b. 1965) and grandson Isaac Salchow (b. 1974) also trained to become bow makers.

Today, the Salchow & Sons bow workshop continues under the direction of Isaac Salchow, and the rosin recipe Salchow developed in the 1970s remains a favorite among string players worldwide.