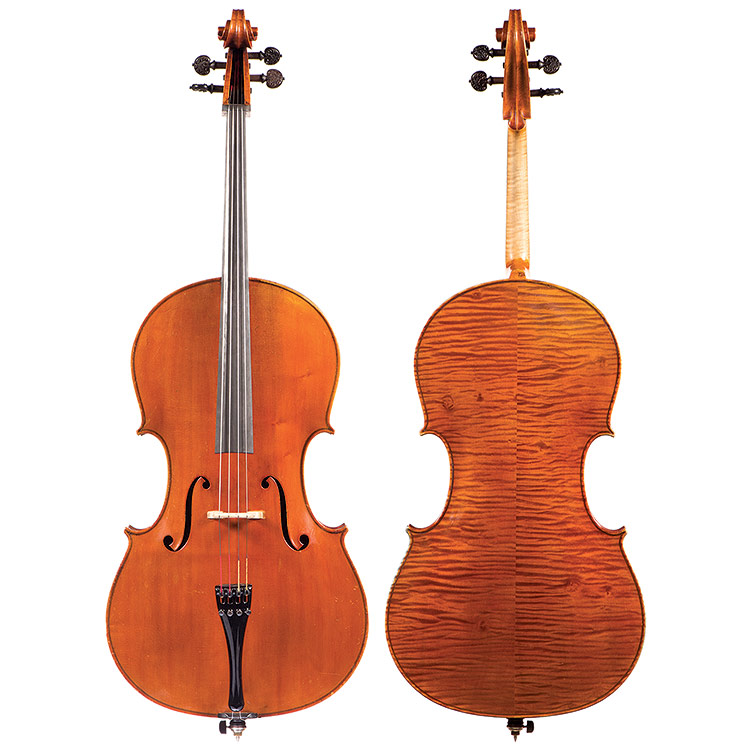 Gaetano Gadda (b.1900, d.1956) was an Italian luthier. He started making violins at the age of 15 and by 1919, became the only apprentice of Stefano Scarampella. He was promoted as manager of the firm in 1924, producing one violin a month in exchange for tools and molds until his mentor's death in 1925. He kept this level of productivity throughout his life, making around 20 instruments yearly.

Early in his career, his style was patterned after Scarampella-though his work was more refined-and eventually began developing his own, drawing inspiration from other Italian masters such as Stradivari and Guarneri for his violins and Balestrieri for cellos. His scrolls, however, are characteristic of the Mantuan school. In the late 1930s, he started blackening the chamfer of his scrolls, another key distinction from his mentor's model.

His craftsmanship continued to improve, and by the Second World War, his instruments were considered to be among the best of the 20th-century Italian school, often copied by later makers, including his son Mario. He often used deeply flamed maple and oppio, usually in two pieces. Gadda applied lush varnish to his instruments, which by the 1940s bore his initials "G.G." He never left Mantua, where he died in 1956.

Italian maker Mario Gadda (1931-2008) was born in Mantua in 1931 and died there in 2008. He was a student of his father, the renowned maker Gaetano Gadda (1900-1956), who studied and worked with Stefano Scarampella and took over the Scarampella workshop in 1925. Mario Gadda built instruments together with his father based on models by Scarampella and master Cremonese makers, while developing his own style and models. Inheriting the workshop after his father's death in 1956, Gadda continued a prolific output specializing in Scarampella and Balestrieri copies. His instruments display superlative craftsmanship and are very highly sought after by professional players.

Sold with a certificate of authenticity from Mario Gadda