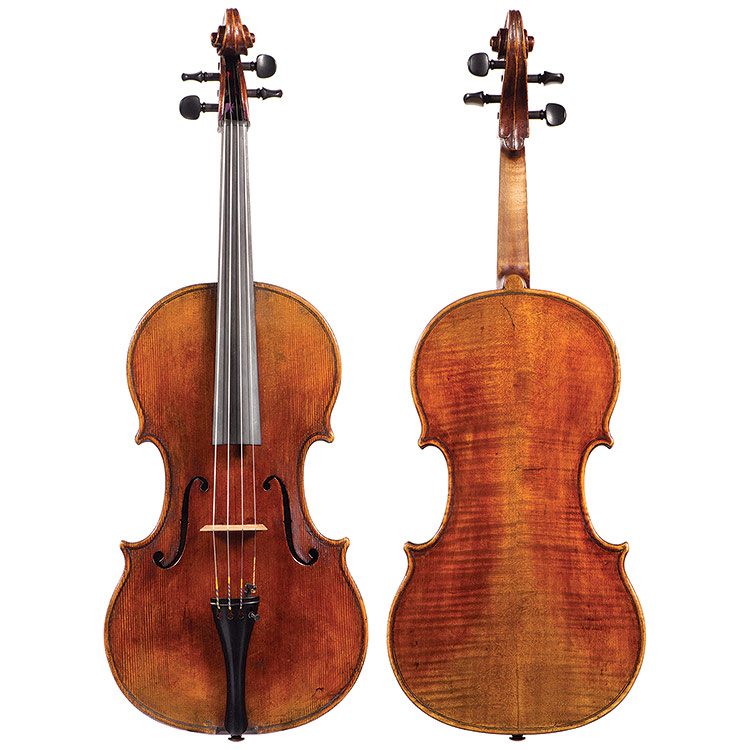 Considered the most prolific violin maker in history, George Craske (1795-1888) is attributed with making an estimated 2,600 instruments over his long career without assistance. He apprenticed as a young man with William Forster III in London, then made violins for Thomas Dodd's workshop and Muzio Clementi's company, before deciding to leave London to pursue his own business, zigzagging his way across England to work in numerous locations.

After brief stays in Leeds and Sheffield, Craske traveled south to Bath, where, through the acquaintance of Sir Patrick Blake, he came into contact with violins by Stradivari and Amati, and made copies of them. Sometime before 1830, Craske relocated to Birmingham, where he would remain for over 20 years, and where he is believed to have repaired the Guarneri del Gesů "il Cannone" violin, owned by Niccolň Paganini, who was performing on tour through Great Britain in 1831.

Craske moved further north to Manchester sometime around 1850, finally settling just outside the city in Stockport, where he worked as a reclusive and astonishingly productive maker for the remainder of his career. A visitor to Craske's small cottage reports seeing countless violins stacked inside, some stored within several topless double basses. Craske was eventually discovered by an instrument dealer, George Crompton of Manchester, who recognized Craske's talent and became a trusted friend and business associate. Crompton commissioned instruments from Craske to be sold by his son, Edward Crompton in Manchester, and purchased numerous violins left unlabeled by Craske to sell to Hill & Sons in London; the violin offered here is one of those violins, labeled by Hill & Sons: "Made by George Craske born 1797 died 1888 and sold by William E. Hill & Sons, London."